ON THA GRIND stars Rory Arnold as a delusional up-and-coming R&B singer named J.M. Breezy who chronicles his never-ending quest for fame domination in weekly videos he posts on his website for his fans. Each of these fan videos serve as an episode of ON THA GRIND.
ON THA GRIND features a polished cast and crew including @DarrylStephens (Noah’s Arc, Private Practice) as J’s roommate Lamar, Mirtha Michelle (Fast & Furious) as his on-and-off girlfriend Dani, and Stephanie Charles (Bones) as his sister Tamara. Steven Davis plays J.M. Breezy’s producer Terrence while Maile Fernandez plays pop diva Marbella Capri. On the other side of the lens is acclaimed director/photographer Logan Alexander (@LoganPhotos), who serves as director of the entire first season. The series theme song was written and performed by @BSLADE. The series was created, written, and executive produced by Rory Arnold and produced by Huma Moid and Victoria Shamshoyan for 5H Entertainment.
CLICK THE PIC BELOW TO WATCH EXCLUSIVELY AT URBANBRIDGEZ.COM 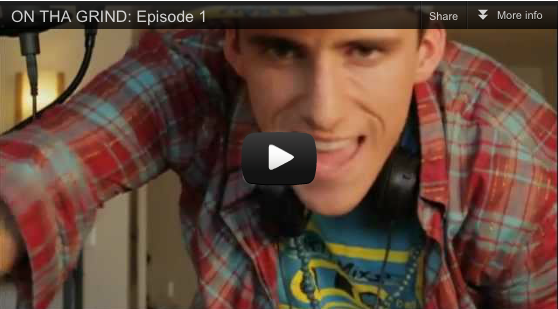