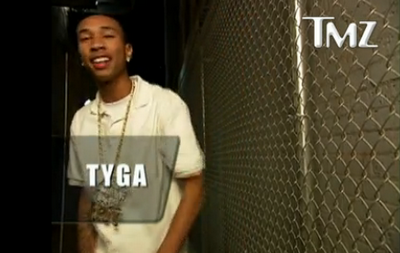 THIS is hilarious.
Apparently "Bustas" was an unreleased MTV rap challenge game where they
took people that weren't from the hood and made them rap as
convincingly as possible, a la "Malibu's Most Wanted.
So, according to this show, Tyga isn't from Compton and had a cushy life.
No problem there, but it hoes to show how this industry really is, though.
Still, it also shows a glimpse of an artist in development.
Thoughts?