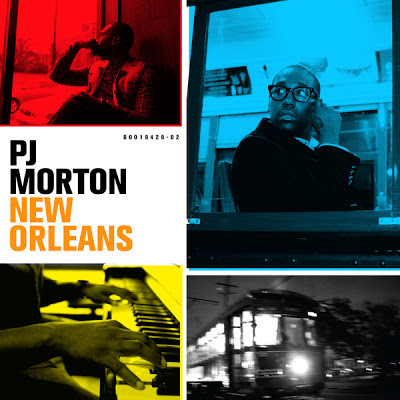 Singer/songwriter and stand-in Maroon 5 keyboardist PJ Morton
has finally released his major-label debut, "New Orleans" on
Young Money Entertainment/Cash Money Records/Universal Republic.
I have been waiting for this album for a MINUTE and  I must say that
it's a thoroughly solid R&B album.
My favorites thus far are the official first single "Only One" (featuring Stevie Wonder) [video HERE],
and "Never Get Over You" (featuring label-mate Busta Rhymes)...
and that reggae-soaked  "Love You More" joint  featuring Tweet (available on the Deluxe Version)?
YES.
And since I love old-school funk, I gotta pick "First Sight".
See what I mean?
This whole album has been a non-skip album for me since it was released yesterday.
You can cop the album now on iTunes™ by clicking on the pic above.
DOPE.