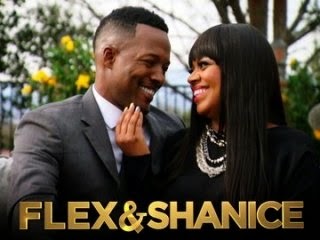 OWN , The Oprah Winfrey Network, will be showcasing an upcoming series,
"Flex  & Shanice", starring husband and wife, actor Flex Alexander and singer Shanice.
The reality show focuses on the reality of the entertainment career and how they cope living with family through career ebbs and flows.
The series is presented as a sneak peek pilot episode on OWN on May 31st, 2014.
No word yet on the full schedule of the series.
B.Slade has co-written and produced the theme song for the show, and is working with Shanice on her upcoming album, whose progress will be featured on the series.
Make sure to check it out!

UPDATE 10.15.2014
"Flex & Shanice" has been picked up for a series run on OWN and will have its official
premiere date on 11.1.2014! Make sure to watch and hashtag #FlexAndShanice
Labels: Flex Alexander Flex And Shanice Oprah Winfrey OWN Shanice TV