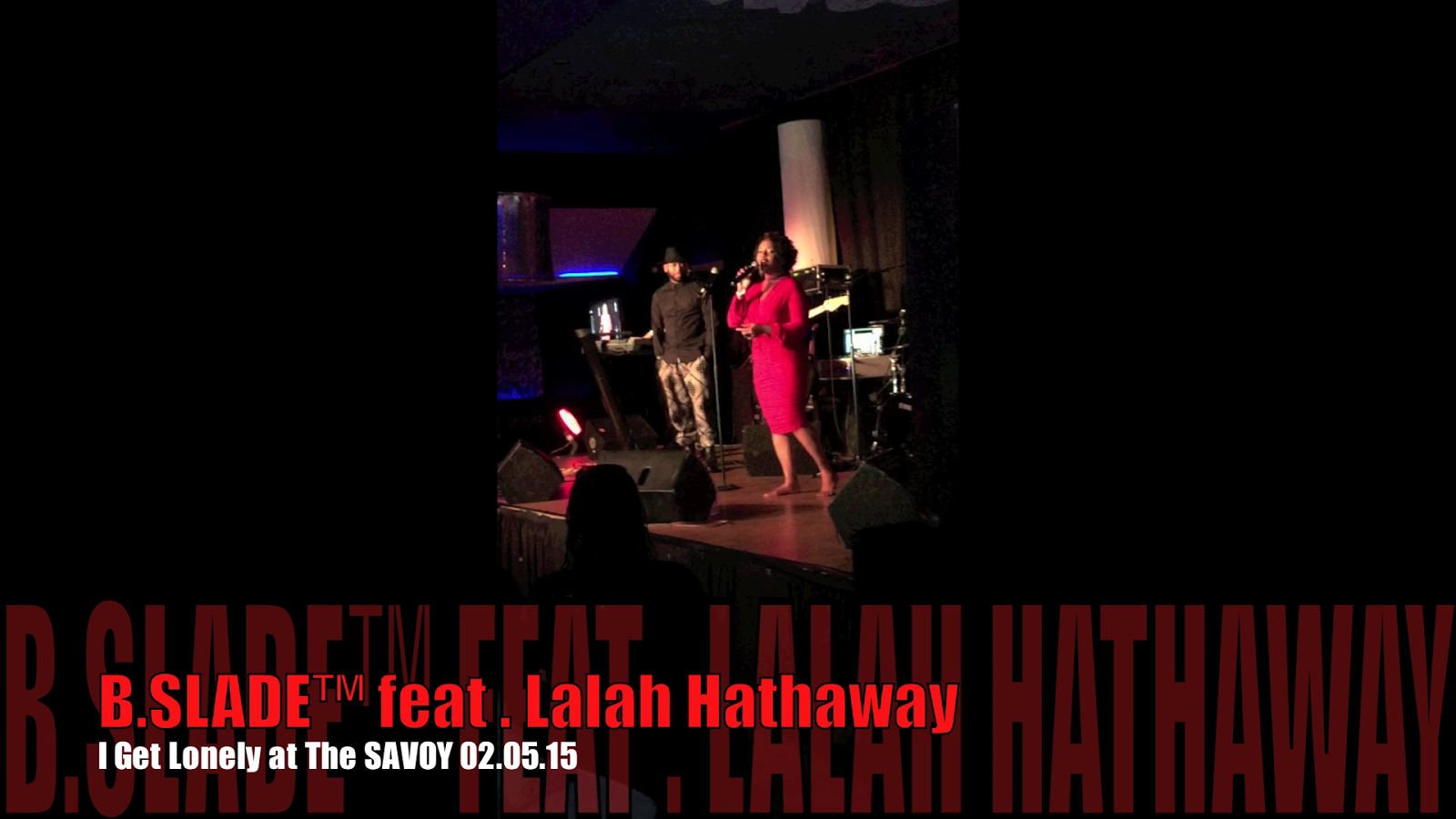 B.Slade and Lalah Hathaway joined vocal forces on February 5th
as guests for the "Syleena Johnson And Friends" Pre-Grammy Concert at The Savoy in Inglewood.
Both singers are nominated for Grammy's tonight, Lalah for her rendition of Stevie Wonder's
"Jesus Children of America", as featured on The Robert Glasper Experiment's "Black Radio 2" album,
and B.Slade as writer and co-producer  of Angie Fisher's debut single "I.R.S.",
both nominated under the category of  Traditional R&B Performance.
The Grammy Awards air live TONIGHT at 8PM on CBS.

Labels: B.SLADE I Get Lonely Lalah Hathaway The Savoy