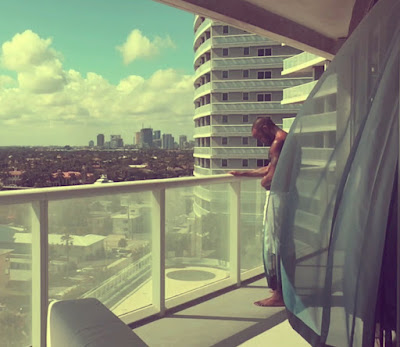 B.Slade has debuted the long-awaited visual for his single, "Leave The Lights On",
previously available only as a SoundCloud stream in December of 2015 and finally making its way to digital retail music provider Bandcamp, with all other formats presumably on the way.
Directed, filmed and edited by B.Slade himself on his iPhone, the video was shot while in
Fort Lauderdale, Florida in his hotel suite.
Reportedly from his forthcoming mainstream debut album, "Deciduous",
"Leave The Lights On" was co-written and featuring Hubie Wang on guitar.
This promises to be a VERY busy year for B.Slade so keep your eyes and ears open...
In the meantime, you can cop the new single, along with its B-Side
(unavailable on the Bandcamp version), "The Way I Feel Inside" HERE