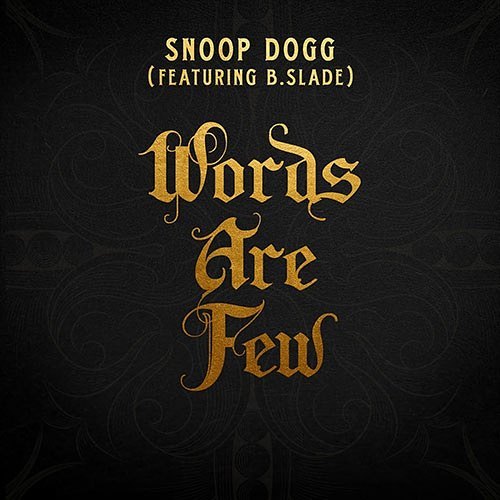 Snoop Dogg has released the first single from his forthcoming Gospel LP, "Bible Of Love".

"Words Are Few" was premiered today on the "Steve Harvey Show" and released later today on Apple Music and iTunes, with other outlets eventually receiving the single later tonight.
Featuring the song's producer and writer B.Slade, Snoop and B. put a fresh new spin on the underground gospel classic that was originally released on B's "OakPark 92105" album in 2003 under his former moniker, Tonéx.
The video for "Words Are Few" was flimed today and should be released very soon. Keep it locked.
Check out "Words Are Few" below and make sure to cop the single where all digital music is sold and pick up the "Bible Of Love" album when it drops later this year.
Labels: B.SLADE Bible Of Love Gospel snoop dogg Words Are Few