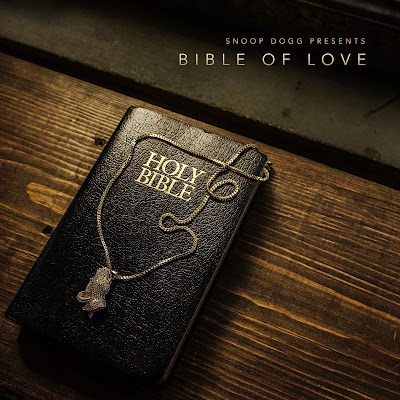 When I first heard that Snoop Dogg was working on a gospel album, I was intrigued, to say the least. Snoop is a legend in the game and his foray to reggae as Snoop Lion back in 2013 for the album (and amazing documentary) "Reincarnated" was a breath of fresh air to me and showed me that Snoop was willing - and more importantly, able - to stretch himself as an artist and broaden his audience effectively while not alienating fans.
Then, I heard whispers that some of gospel and R&B's bests artist such as John P. Kee, Patti Labelle, Faith Evans, Charlie Wilson, B.Slade, The Clark Sisters, and Mali Music were to be part of the album, which let me know Snoop was serious about the project.
Then, to top it off, when I heard B.Slade was to be an integral part of the project, helping to write and produce for the album, I was more than excited.
I didn't grow up in the church, and my own relationship with the church (and sometimes with God, to be completely honest) has been a very complicated one.
On this sprawling, 32- track set that lasts over 2 hours, Snoop takes it back to his roots. The son of evangelist Beverly Broadus, Snoop gained his chops singing and playing the organ at Golgotha Trinity Baptist Church.
To go through 32 tracks of a stellar (see what I did there?) project and pick out my favorites would be an exercise in futility. I will say that I enjoyed this album thoroughly, more than I thought I would.
This album is for those who are misunderstood, judged and cast aside. It's for those of us who have a love for God and a complicated history with dogmatic religion. It's for us who live in 2 worlds (spiritual and natural) and also realized that God is the master of both. It's for those of us who need healing and reconciliation.
Above all, this is a very timely album that solidifies that God can use anyone, at any time, whenever His spirit wills it and those same people, as imperfect as we all are, will make a joyful noise of praise in return.