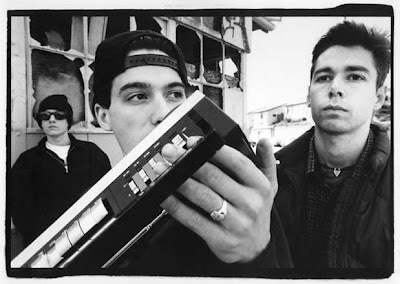 Sigh. This one really hurts.
Less than 2 years after announcing his cancer diagnosis,
legendary rapper Adam Yauch, better known as MCA of Hip-Hop group and
recent Rock N Roll Hall of Fame inductees The Beastie Boys,
passed away earlier today.
It is at the moment unclear if his death was related to his cancer diagnosis.
The Beastie Boys have been heralded by many for helping bring
Hip-Hop to mainstream radio, as all 3 members were from affluent families that
were deep in Hip-Hop culture in the its toddler stages, signed to Def Jam Records
by the legendary producer Rick Rubin in 1985, which led to their CLASSIC debut
album, "Licensed To Ill" which spawned the classic Hip-Hop tracks,
"No Sleep 'Til Brooklyn", "(You Gotta) Fight for Your Right (To Party)" and "Brass Monkey".
Adam Yauch was 47 years old.
REST IN PEACE, MCA.