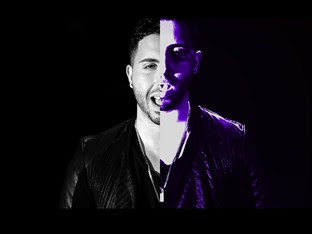 I've been down with Colby O'Donis' music since his Myspace days,
before he was signed to Akon's Kon Live label,
particularly one of his demo written by Justin Timberlake whose title escapes me.
A young talented multi-instrumentalist, singer, songwriter, etc that was featured and Grammy-nominated for his work on then-labelmate Lady Gaga's first single, "Just Dance", as well as known for his single "What You Got" featuring Akon, Colby has dropped his first name and has a new, more street/ R&B image.
While I can't really get with the whole "lean" thing, personally, I like the visuals of the piece, the purple hue, his more grown approach to the music.
But as for the "promethazine"  references, I can do without that. Not my thing.
To each their own as adults, but if I indulged normally, I'd go green instead of purple.
Otherwise, great job, O'Donis! Great to see you back.