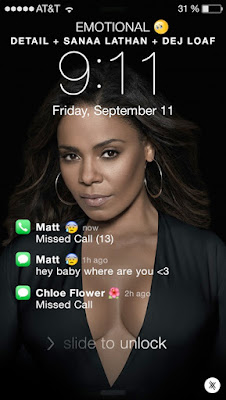 Hmmm... this was a surprise, to say the least.
Produced By Detail (Beyoncé , Tinashe, Nicki Minaj), this song is Sanaa Lathan's debut single
and is featured on the upcoming soundtrack to her new movie "The Perfect Guy". which was released in theaters this past weekend.
The song is kinda growing on me.
What are your thoughts? Leave them below!
Labels: DeJ Loaf Detail Emotional New Music Sanaa Lathan