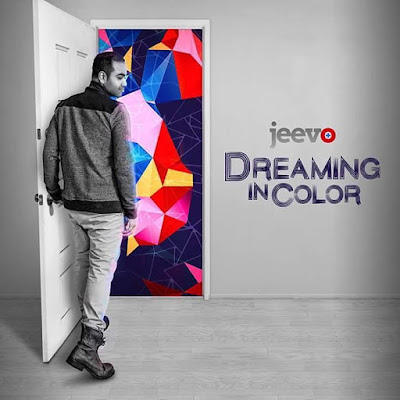 I recently received this video in my inbox, and I'm really diggin' it. The title track from his album, Jeevo's "Dreaming In Color" showcases vocoder effects, a hard track and the a visual chorus along with the video itself, showing the contrast and commonality between past, present and future.  As the fourth quarter comes to a close, Jeevo has released his fifth project titled "Dreaming In Color" produced entirely by the Platinum production team The BeatTraffickers
(who's produced for such artists as Jill Scott, Rahsaan Patterson, B.Slade, and Elijah Blake).
Already cosigned by hip-hop royalty Lupe Fiasco, Jeevo just released his Visionary Opulent video , "Dreaming in Color"Jeevo is prepared to set new standards not seen from a west coast hip-hop artist with this album the bar has been raised.
For more information, check out Jeevo's website at: www.jeevomusic.com
Labels: Beat Traffickers Dreaming In Color Jeevo New Music