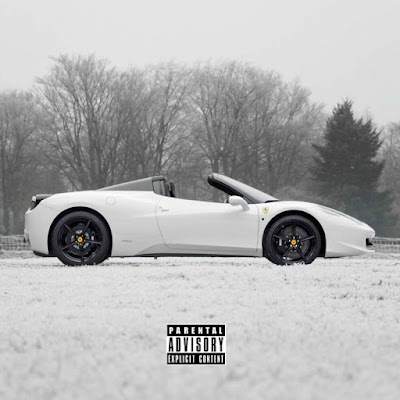 Once they've released what some call one of the best  R&B albums of 2015,
what does an artist to do?
They up the ante.
"Ferrari", the latest album in an already staggering discography, is an obvious evolution from last year's "DeLorean". If "DeLorean" was R&B's "Back To The Future", then "Ferrari" is R&B's
"Back From The Future".
I had the pleasure and honor of  producing one of the tracks, a dark cover of
Suzanne Vega's iconic "Tom's Diner", consistent with the overall stark and frigid feel of B.Slade's winter collections. Other producers include the genius himself, Luke Witherspoon III, JoBlaq (who helmed most of the tracks and serves as executive producer on the album), Ro & Skooter, ShoNuff,  Rhema K, Beat Trafficekrs' own Twizzboy, and Lukerative7.
With songs like the soon-to-be-classic "Push Up On Me", "Mine In My Head", the "Artic Mix" of DeLorean's "Pull Up", and fan-favorite rarity "Liquid Glitter Wild", you're in for a nice winter ride.
B. has released a special Bandcamp-exclusive version which has extra as-yet-publicized goodies for fans, prior to its upcoming release on iTunes and other outlets (presumably later this week).
Make sure to cop the Bandcamp-exclusive version of "Ferrari" HERE.