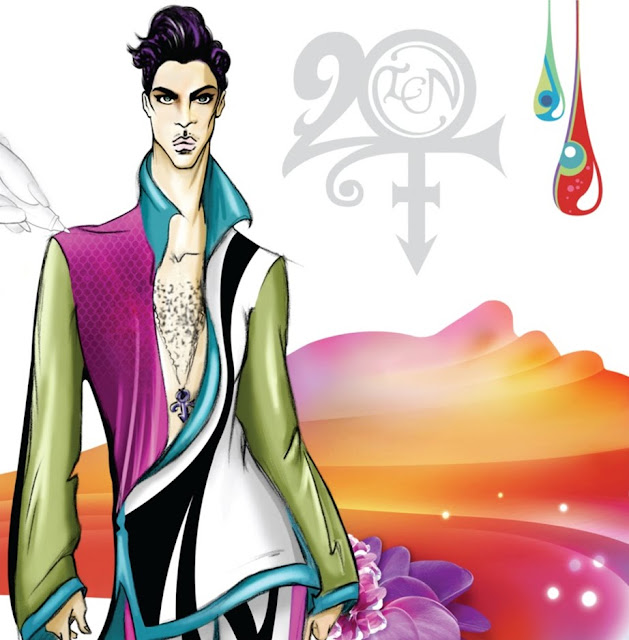 For those who wondered about Prince's shirt at the BET Awards, this is the cover art for his forthcoming album, "20TEN", which will be released via various publications (meaning newspapers, magazines) in Europe first to coincide with his upcoming "PRINCE 20TEN" European tour, and then rumored to be released in the U.S. via Warner Bros. Records ... yes, you read that right. Apparently, word on the "internets" is that Prince had a meeting with the executives at Warner Bros. and this album was rumored to be just one of the points of interest....hmmmmm.
Here's the tracklisting to "20TEN", according to various internet outlets:

There is rumored to be a bonus track, and word is  the album sounds like "classic Prince", Linn Drums and all... we'll keep you posted.
Labels: 20TEN Funk NPG pop Prince randb Rock Soul