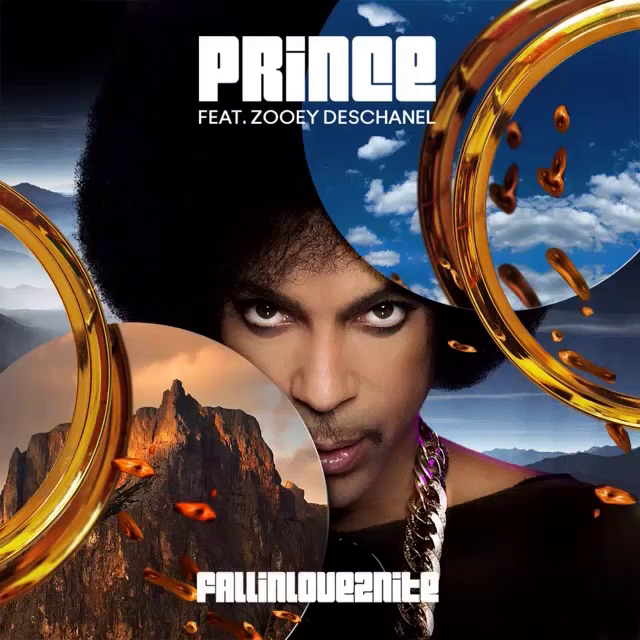 iHeartRadio premiered the latest track from PRINCE,
this one featuring actress and singer Zooey Deschanel.
No corresponding album info as of yet, as it seems it may be separate
from his forthcoming album with rock trio 3RDEYEGIRL, "Plectrumelectrum",
which is rumored to be dropping in April.
"FALLINLOVE2NITE" was originally fetaured on the Super Bowl episode of "New Girl", which Prince guest starred in.
"FALLINLOVE2NITE"  is being released via Epic Records on March 17, 2014 ... hmmmmmm
UPDATE 3.17.2014 - BUY "FALLNLOVE2NITE" HERE