Sheila E. has just released for preview her new single produced, co-written by and featuring B.Slade.
"Fiesta", is the 2nd single from the forthcoming album, "ICON"
and its video is being filmed THIS WEEKEND in Oakland.
To celebrate, Sheila has invited all her fans
in the Bay Area to come fiesta with her and B.Slade in the video shoot. 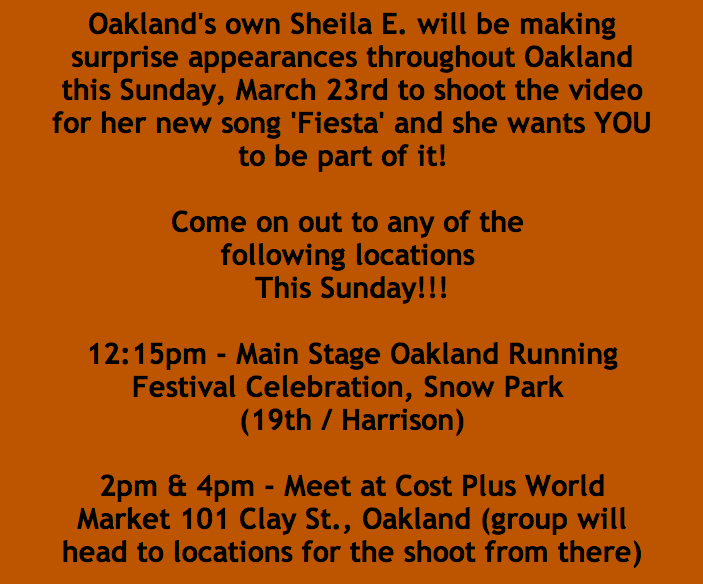 Check out the new single "FIESTA" below

JFuzion said…
Video is a newer one. The video you see above was behind the scenes of "Fiesta". the 2nd single from "Icon". Video coming soon. First single and video was "Mona Lisa" (the "dancing girl" video) :)
April 04, 2014