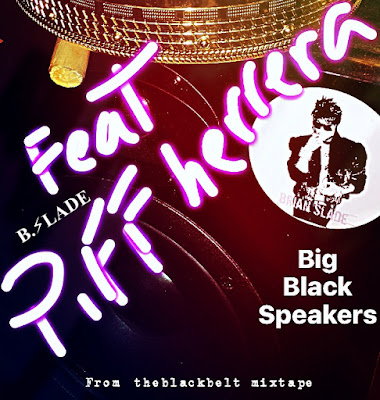 B.Slade has released yet ANOTHER single, this time from his upcoming "mixtape",
WIth rapper Piff Herrera giving us hot 16's throughout, "Big Black Speakers" sounds like a hip-hop influenced younger sibling to his 2011 multi-layered track, "A Brilliant Catastrophe",
moving from various movements in Hip-Hop & R&B.
If this, along with the previous singles leaked, is any indication of how the rest of the
mixtape is going to sound like, we're in for an inspiring ride.
Grab the FREE DOWNLOAD of this single on Bandcamp and Soundcloud by going here: