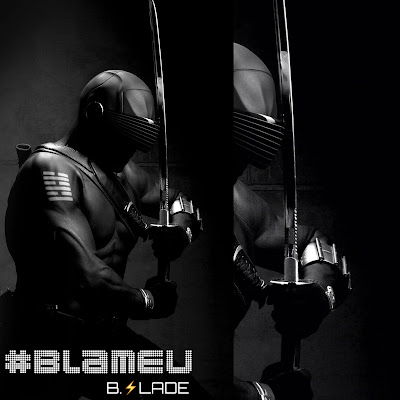 B.Slade just keeps churning them out!
Just 2 days after releasing "#BLACKJESUS", he's dropped another joint from his upcoming mixtape,
"#TheBlackBelt". This time, it's a dystopic and self-confrontational cover of Janet Jackson's "You", which was originally released on her classic album "The Velvet Rope". B. treated his fans to a Periscope stream of his preliminary recording session last night.
Check out "#BLAMEU", produced by B.Slade & JoBlaQ,  above and keep it locked for more info on "#TheBlackBelt" as the release date becomes public!