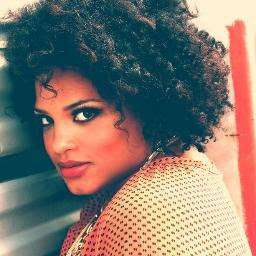 Charlie Berry is the musical child of legends. Ella Fitzgerald's diction, Stevie Wonder's love for people, Aretha Franklin's soul and the sweetness of Minnie Riperton run through her musical DNA to produce a musical gumbo of R&B, Hip-Hop, Funk, and Jazz.
With her song, "Nobody But You" (co-produced & co-written by B.Slade), she brings a jazzy swagger with runs and harmonies reminiscent of even some newer artists like Tweet and Jill Scott.
Check out the song, which has been on "indie undercover" for a while.
What a great surprise to hear see this was released to the public!
Labels: B.SLADE Charlie Berry New Music Nobody But You