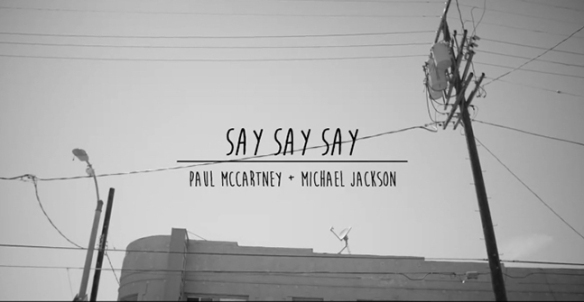 Utilizing previously unheard vocal takes and switching the order of the vocalists, Paul McCartney with help of legendary DJ & producer John "Jellybean" Benitez creates an extended mix
of the classic "Say, Say, Say" featuring the King Of Pop.
This version is featured on the newly-released "Pipes Of Peace" remastered album,
part of a series of remastered albums being released by the legendary singer/songwriter.
Check out a MUCH shorter version of the remix in the official video below.
The album version goes on over 6 minutes!
Labels: Michael Jackson Paul McCartney Pipes Of Peace remaster Remix Say Say Say