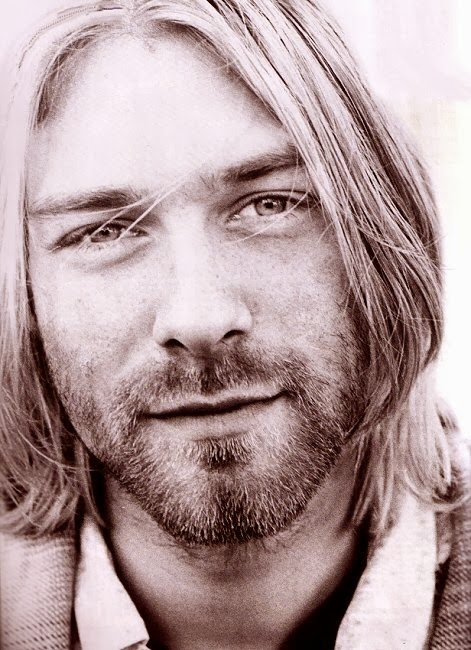 On April 8, 1994, the body of legendary Nirvana front man Kurt Cobain was found in the greenhouse of his home in Seattle, days after Kurt took his life with a s shotgun bullet to the head. Kurt was reportedly in the midst of a debilitating heroin addiction, coupled with crippling stomach problems and what some say was his dealing with the trappings of fame.
He was just 27 years old.
Kurt Cobain was arguably one of the most influential voices of rock music and  his all-too-brief time
on this earth and in the music scene is felt to this day, changing the face and sound of modern rock
for generations to come.
For me, and many of his fans, one of the most defining moments in modern rock music was
the legendary MTV Unplugged performance above,
recorded just 4 short months before his death.
Rest in peace, Kurt.
Cyberhugs to Frances Bean.